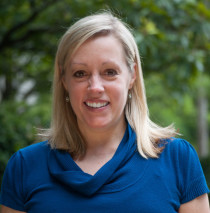 After graduating, she worked in Mobile, AL in outpatient orthopedics for two years. Over the next several years, she lived in San Francisco, CA and Dallas, TX where she worked in outpatient settings, while learning more about manual therapy and myofascial release. She moved back to Birmingham and continued to work in outpatient clinics with many athletes and sports related injuries, as well as post surgical patients and patients with neck and back pain.

She has been working for Beyond PT since 2010 and continues to attend courses to learn even more about manual therapy and myofascial release.

Erin lives in Vestavia with her husband, Donnie, and their three children Mackenzie, Maddox, and Nolan.